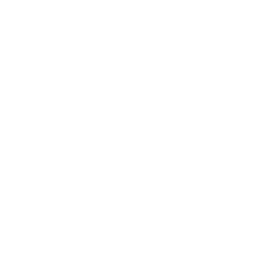 Summer Fun at The Fieldgate Centre 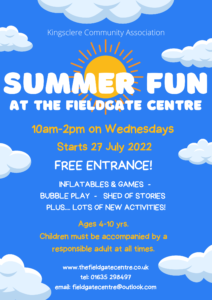 Kingsclere Community Association Trustees and its volunteers are excited to bring you the brilliant Summer Fun.  We’ve held two fun-filled sessions already and there’ll be 4 more!  The feedback from everyone has been incredible so far.  We can’t wait to welcome you.

Thank you to Greenham Trust, Arnold Clark Foundation, and Hampshire County Council, for the grants that enable us to run playdays for free.

KCA would like to thank all of you who have given your support over the past year to ensure that this hugely valuable facility remains open and continues to flourish.

The Fieldgate Centre is run by a small group of volunteers who dedicate their time and energy to benefit the whole community by offering a wide range of activities and events all year round.

If you would like to help us, just choose what you’d like to do, how much time you can spare and get in touch. You’ll be made very welcome.

Other: Gardening | DIY | and more.

YOU COULD WIN THIS UNIQUE CAKE FOR YOUR JUBILEE CELEBRATIONS!! Oh…my…goodness…what a fabulous cake!

Created specially for us by Lucy at Baker Lou

Come to the party on Saturday and buy a raffle ticket for this incredible prize…and more.
#HM70 #PlatinumJubilee
www.bakerloubasingstoke.co.uk

Kingsclere’s grand parade for the Queen’s platinum jubilee will be led by prize-winning racehorse Side Glance.

The magnificent black horse, bred by Park House Stables based in the village, will walk at the head of the parade on Saturday, June 4, with a young rider wearing the Queen’s racing colours.

Side Glance, or “Sidey”, won nearly £2 million in prizes in his racing career including wins at Ascot and Epsom races and in the 2013 Group 1 McKinnon Stakes in Melbourne, Australia.

He was bred by Emma Balding, mother of Andrew Balding, and successfully raced for Sheikh Fahad of Qatar.

Current owner Leanne White isn’t able to ride the horse herself due to an injury, so her 12-year-old stepdaughter Jemima White will put on the Queen’s racing colours and take up the reins. 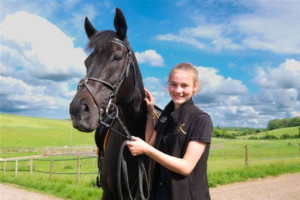 Jemima learnt to ride on Side Glance from the age of 10 and still regularly rides and takes care of him.

The initiative was organised by Kingsclere Community Association.

Parish councillor David Conquest said: “I’m delighted that we will have such a wonderful animal leading our village jubilee parade.

“It’s a great opportunity for the whole village to come together.”

After Side Glance’s retirement from racing in 2015, and a spell doing dressage around the country, he now lives a relaxing retirement, with some local dressage, show jumping, fun rides and Retraining of Racehorses parades.

The parade, which begins at 2pm, will be part of a host of events the village has arranged for the long weekend, including a jubilee party at the Fieldgate Centre.

The parade is open to everyone and has a royal and 1950s theme, with prizes for the best costumes.

A beacon will also be lit on the downs between White Hill and Watership Down on Thursday, June 2, while the following day there will be a Duck Race at the stream at the foot of Pope’s Hill.

Our congratulations to the Kingsclere RBL for reaching its 100th anniversary.  Keep up the amazing work that you do! 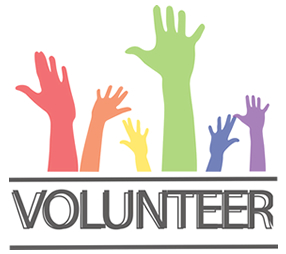 What’s On at the Fieldgate

We are supported by

Theme by Anders Norén — Up ↑